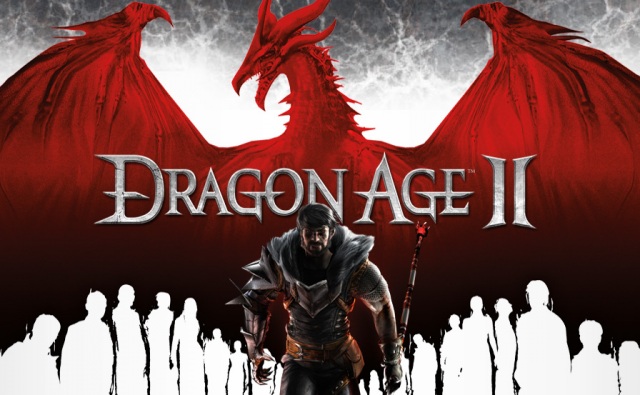 As for official commentary about it though, it is become more and more evident that the new main character Hawke is the child of the Warden and Morrigan, since he always has that dragon shadow thing behind him, and if you know the endings for DA: O you know this ties in tightly.

Disregard the previous statement, I didn’t do enough research. Hawke was alive during the events of DA.

Also since Flemeth is narrating the events, that further leans upon the fact that Hawke probably has something to do with Morrigan.

The trailer does show off the new art style, and direction. One of the things Bioware really wanted to expand upon is differences in the way the races look, and one of the ways they did that is by adding horns to the Qunari.

For fans of the first game who know about the Qunari race you know that before they were just large black people with white hair with a warrior culture gimmick. The party member Sten was a Qunari had no horns, so you’re probably wondering what happened. Well Bioware has pseudo retconned this fact by saying that Qunari without horns are destined warriors, who are born into a special position in the Ben-Hassrath. (The Qunari army)

Dragon Age 2 has a proposed release date of March 8, 2011, but knowing Bioware I wouldn’t be surprised if there is a delay, or bugs.

Notes
*I didn’t really want to write more about Dragon Age this soon, but why not.
*Such drastic cosmetic changes are in store for the other races though…
*I always love the pre rendered trailers for Dragon Age, they’re always so epic. Go watch the ones from the first game again.