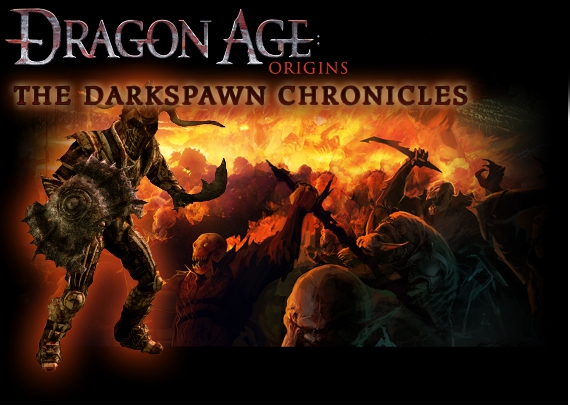 So the concept of Darkspawn Chronicles is a simple one, take the story of Dragon Age on its ear. Basically the Hero your player character died at the beginning of Dragon Age, leaving the fairly inept all be he popular Alistair in charge of the battle to save Ferelden. Beginning at the end, namely at the final Battle of Dragon Age: Origins, you instead play as a Darkspawn trying to destroy the city, and kill every human in sight.

The Story from the get go takes an absolute nose dive in the fact that all the story is completely told by off to the side text descriptions, text instructions at the top of the screen, and like 2 cut scenes one of which is reused from the main game, neither of which feature legitimate dialogue. Now the side descriptions are detailed and quite funny, but I don’t particularly feel as attached to the actual story nearly as much as I should. Also any and all dialogue options/trees are sadly missing from the pack. So instantly you take a great concept and clip it at the heels, what could have been an amazing what if scenario essentially devolves into just a series of fights.

The gameplay here is essentially the same as in the main game. Its follows the older model and conventions of a RPG videogame. You have several characters all with different abilities that you command around and level up. However because of the nature of this DLC you can’t actually level up your character. A character who you don’t create yourself, and has no personality. Essentially turning this game into a very odd western RPG.
The actually fighting is still pretty good, you still can use skills, and you are actually exposed to a large verity of Darkspawn all of whom you can control yourself. Playing as enemies who you have probably fought for an upwards of 40 hours and being able to experience the way they play is really fun.

Really there isn’t that much to do in “Darkspawn”, you really just run through the stage killing everything, and having a bunch of mini boss battles revolving around characters from the main game. It’s not bad, but it lacks substance.

The environment is reused verbatim from the main game, and it’s still effective. I have a complaint revolving around the blatant lack of color in the sequence, with much of it being orange-ish red, but since that is an issue I have with the main game, I can’t blame it too much on the DLC, since it was supposed to feel exactly the same. I suppose they could have made things look different since the scene is seen through Darkspawn eyes, but I can accept the reuse of location in this pack. 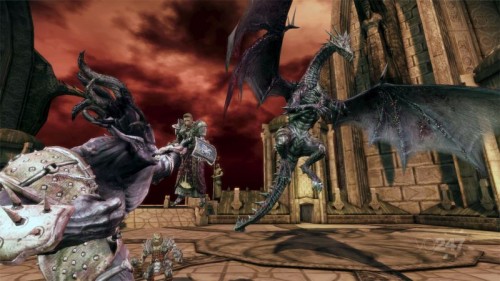 All in all Darkspawn Chronicles is a barely passable experience that really is only for the diehard fans of Dragon Age. Really just skip this one, wait for the Ultimate Edition or wait for a sale, because this is not really worth the 5 dollars (400 MSP) that Bioware is charging.

Notes
*Older Dragon Age DLC is actually the Deal of the week on Xbox Live this week. Be sure to grab the Awakening expansion at the steal price of 20 dollars (1600 MSP) while you can!
*Why is all the Mass Effect DLC better?
*I once had a dog named Barkspawn…