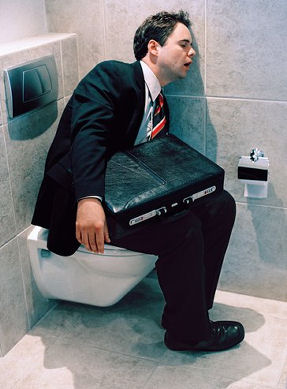 I like my sleep. While I may be reluctant to get to sleep, once I’ve done it, I can sleep for ages. Like anyone else, I dream. Luckily for me, it seems that I have a pretty active imagination and so I have some weird and wonderful dreams. With that I thought to myself, why not share my dreams for all you whores out there?

Hopefully this will become a recurring feature where I reflect on the dreams I’ve had recently. Of course, I won’t always remember dreams consistently so I can’t promise that it will be a feature every week, but even then I can always talk about dreams from yesteryear.

So sit back, grab some kind of drink and enjoy an insight into the weird and wonderful world of my dreams.

Dream 1 – Samuel Jackson and Eddie Murphy Star In My Dreams

Okay first off, this dream was awesome just for the fact that I was Samuel Jackson, one of the most badass mothefuckers on the planet.

From what I can remember, I (Samuel Jackson) was a middle class businessman, who was going home after another day of work. It was a well paying job, but not the most exciting. Then everything changed when for some reason I stopped my car to pick up a bum or hitchiker played by Eddie Murphy.

I’m guessing I was the serious character and Murphy was the comic relief. Anyways, me and Murphy are driving on a highway (this dream was set in America) when we were transported to a magical world, The Wizard ff Oz style.

We were greeted by some weird villagers, yet no ruby slippers were given to us. That’s when I woke up before things really took off. Not an amazing dream, but just the novelty of being and sounding like Samuel Jackson made it a great dream to wake up from.

I’ve never been to London (or any of Southern England for that matter) but apparently I’ve dreamt about the place at least once and man was it a cool dream.

Me and a few others were infiltrating some important building in London so that we could steal files that would prove that the Queen was a corrupt dictator. I know it doesn’t sound the most interesting but bare with me here.

First, we climbed over a busy London road using a rope in order to get to this one building. Next, we disguised ourselves as cleaners (janitors for you yankee pigeons). From what I remember, we were then caught and I was tortured by the Queen and her cronies, but I wouldn’t give in.

Somehow, we managed to escape and the dream ended just as I was about to have an epic fight with the Queen involving kung-fu and epic orchestra music. I blame my alarm clock.

This was a dream from when I was younger, probably either after watching Revenge Of The Sith or after playing too much Lego Star Wars/Battlefront. It’s nothing special, and didn’t last long even for a dream but It was so weird, mainly because it started with me waking up in my bedroom on Saturday.

This was just like a normal day if I had woken up for real. I went to turn the alarm clock off but lo and behold, I was using the force to bring the clock to me! Unfortunately that’s when I really woke up, and it was so surreal at the time that I thought I was still in the dream and I was trying to use the force.

I hope you enjoyed the read, let me know if you want to hear more of my dreams in the future.