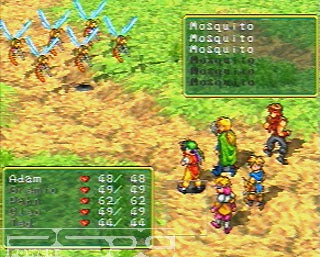 Aaaah, the good ol’ days. Look ma! I can see the pixels!!

BigPopaGamer
I think that graphics in RPG’s are overrated. Yes, they can be made to help draw you into the world and to give you beautiful panoramic shots of the world and the locations you visit, no doubt about that. But one thing I think that having fancy CGI has taken away is the ability to create these worlds in our minds. Let me give you an example.

I’m playing Suikoden 1 for the PS1 as the moment and the graphics are horrible, especially on a 47” LCD HD TV. The sprites are huge, pixels are clearly visible and all details are lost but truly, I don’t care. I could care less that there aren’t any huge, 5 minute long summons of badly drawn creatures or 1 minute spell effects. Because all of those effects I’m imagining in my mind which is better than any 3D artist could ever dream of. CGI is a great thing, don’t get me wrong, but at the same time that it has brought us to new worlds and shown us amazing things, it has become our crutch and any game that is released without the latest in graphics technology, is automatically scorned by a majority of the gaming community. Not us retrogamers, but the rest.

Ryan Wilson
CGI graphics are simply a sign of how much technology has improved over the years. Yes, games that take graphics over gameplay happen a lot, but this has always been the case.

If you accept that HD graphics deter from the enjoyment of an RPG because they leave less to the imagination, then you must also believe SPRITES are a deterrent. Why have an 8-bit representation of a character when you can have a wall of text or a # represent your character (like a MUD or a Roguelike). Its not that the older game creators wanted to leave so much to the imagination, its that the technology simply wasn’t there.

I’m sorry BigPopaGamer, but many people aren’t willing to pay top dollar for a game that looks like they can find it on a much older console…and I really don’t blame them.

Nik Mortimer
Graphics in RPG’s don’t bother in me at all, I still play Final Fantasy VII and that looks horrible by today’s standards but it’s still an immensely deep and invovling RPG. Whereas I felt that Final Fantasy XII was step in the other direction; Fantastic graphics but zero gameplay.

Cloud: He’s right, I look worse than those sprites above me.

I will say that I feel in the minority though, if I passed FF7 to some of my friends they would refuse to play because it looks so bad no matter how much I preach about the great gameplay mostly because they want to play realistic looking games on their top end HD setups.

BigPopaGamer
@Ryan
I can’t argue with your last statement. I know I would be upset as well. But you have taken my ‘imagination station’ argument much farther than what I intended, but I expected no less.

To me, an RPG should be like telling a story and granted, using the current medium of CGI, they can tell quite an engaging story, bringing the story book to life, so to speak. At the same time, I have felt, especially with JRPG’s, that because of the enhanced visuals, the story and characters have drastically decreased in realism while their looks have increased. As well as because of the enhanced visuals, the worlds of these RPG’s feel much more linear. It’s rare to find an RPG these days with a world with free roam. Most current RPG’s, when you leave a town, you enter a specific battle zone that is very linear and takes you directly to the next stage of the game. There is no freedom of exploration.

I also think western RPG’s do better at using the graphics these days without sacrificing story. Look at some of the recent ones that we love around the site, Fallout 3 and Mass Effect. Both are beautiful games visually but neither has sacrificed story but part of that is because they allow you to create your own characters, thus giving you the freedom to use your imagination and make it look beautiful at the same time.

I believe, when it comes to ranking games over time, you will find the RPG’s of the SNES and early PS1 days to be the greatest ones made and not just because of the nostalgia factor either.

Excremento
Wow this is getting thick faily quickly, I think it all started because I was bragging about getting the demo for Final Fantasy XIII on my desk this morning and how geeked I am to try it out. It’s the same exact feeling that I had when I still had a NES and I got to see Final Fantasy II (IV in Japan) on the SNES for the first time on GamePro’s old ass TV show. To put it even more fresh, it’s like seeing the demo for FFVII on the original PlayStation when most of us were still playing games on our N64s and SNESs. 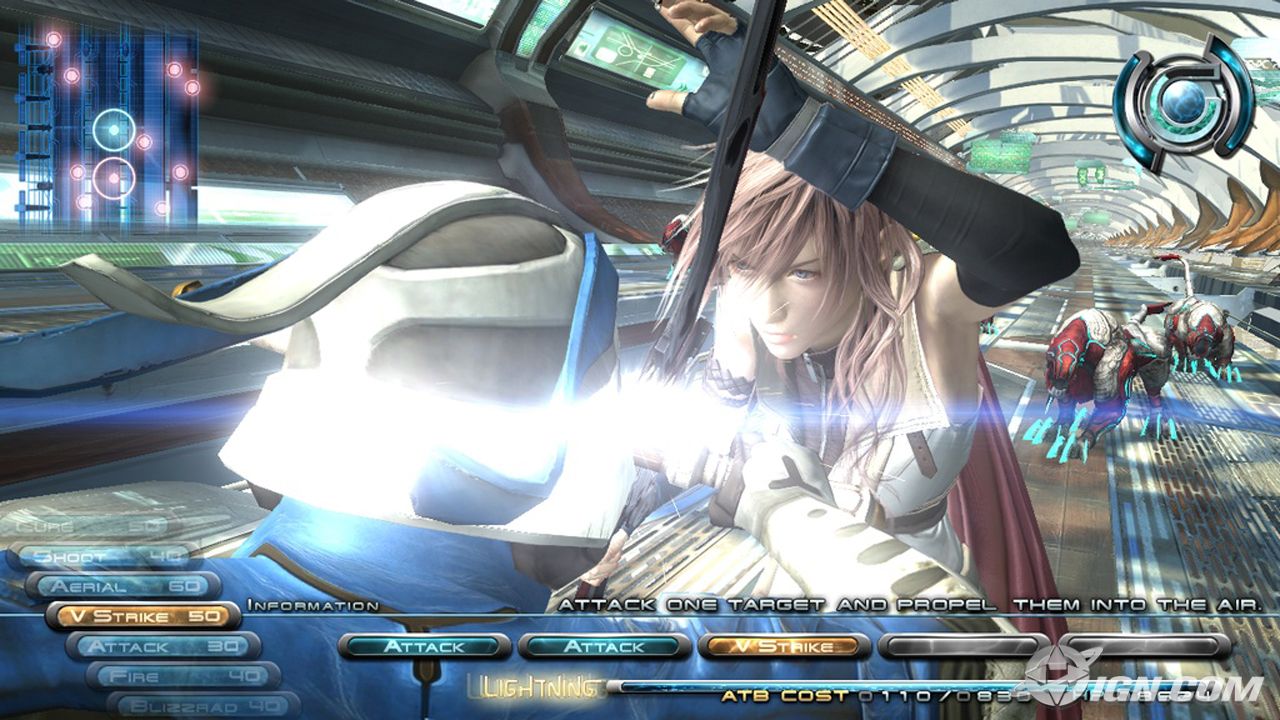 Beautiful to look at, but my name is LIGHTNING for God’s sakes!!
I’m excited, but not so much for the graphics. I’m truy excited to see what new elements they will be bringing to the foray and to get to know the characters and world they inhabit.

It’s true that most of us retro guys don’t give a shit about graphics. I’d like to think that this is mainly because we’ve seen the industry develop into what we have today. We know how good games really are and can be. We know how spoiled the audience is at the moment because they haven’t had to suffer through Contra with only 3 lives, they haven’t had to deal with load times that happen whenever you open a door in Resident Evil. I don’t think necessarily that graphics make an RPG, but good Crom the definitely help.

I think that it all comes down to well written the dialogue is, how fun and smoothly the game progresses, and how much emotional attachment you can draw from a character. Kaim in Lost Odyssey meant nothing to me until I started reading his backstories that were related to you with text and music. I didn’t give a damn about Commander Shepard in Mass Effect until I became him and started really role-playing him. Even Squall Leonhart was a anime archetype until you came to find out more about him through the story and characters.

Please developers, don’t sacrifice story and dialogue in favor or pretty graphics, that’s how we wound up with the Xenosaga series.

I can’t argue with the best RPGs being from the older generations. Some of my favorite RPGs are from that era. Its a pity that so many companies do sacrifice looks for immersion.

A game like Lost Odyssey however I can see as an example of a recent JRPG that does it right. Yes, I know you can’t wander around aimlessly for hours on end (but you have to admit, some of these sidequests in recent Western RPGs are just petty fetch quests with little to no significance whatsoever), but it does weave an intricate story that someone can get immersed into. A JRPG might not have as many side distractions, but when they do they often feel like a natural part of the story.

A quick response about the ‘fetch quests’ it’s not the going, getting, and returning that I enjoy. I like the travelling aspect of it. Especially in Fallout 3 where I get to explore more and more of the environment and every once in a while get completely sidetracked hunting super mutants before I realize that I’ve spent the last 2 hours NOT doing that quest.

Fetch me a quest Rover!!
king3vbo
I consider myself to be a “retro guy”. I collect old games and systems, and I play them as much as my 360 or PS3. That being said, I don’t think I have to be pigeonholed into not caring about graphics. Of course I care about graphics. I just care about gameplay more.

If a new RPG comes out, I expect it to have modern, nice looking graphics. Lost Odyssey was not only a great game, but looked amazing as well. I think it’s a shift in design, thanks to increasing ability of technology. We no longer have to use our imaginations to fill in that gap in realism. While us old guys might remember being a kid and imagining the rest of the world within a game like, say, Final Fantasy IV, the fact is that the paradigm is shifting. As we approach that uncanny valley, all our games are going to look more and more realisitic, and I’m all for it.

As far as the death of open world RPGs, this is a problem that has bugged me. As much as I fap over Lost Odyssey, it was a very linear game with almost zero exploration. Though part of me doesn’t miss the days of being completely lost in the world (think Final Fantasy V), I do miss things like finding dungeons on world maps that I didn’t know existed. I guess it’s just a symptom of the evolution of the genre.