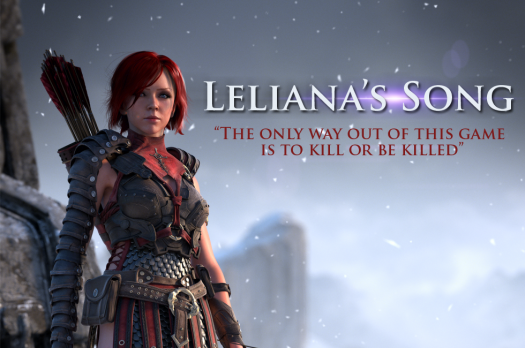 Leliana is one of my Favorite Characters in Dragon Age: Origins. I loved her charm and mysterious past, her really funny lines of dialogue, and the fact that she was useful in battle. When I heard she was going to be the star of a new downloadable mini-campaign, I was totally on board.

Upon playing it, I found that it was a fun and exciting, romp through the world of Dragon Age, that is both impactful and touching, in spite of its brevity.

The gameplay is identical to the main game, however those of you who are new to Dragon Age, it’s a classic third person RPG. You control a party of characters all with unique stats and abilities and level up their skills over time, pretty basic stuff…DERP

Unlike the main game, your player-created character is absent, and you play only as Leliana. One might think this might rob the player of the ability to control the advancement of the story, but Bioware has wisely made the choice to allow a strong degree of freedom, while still staying true to the character and her background. 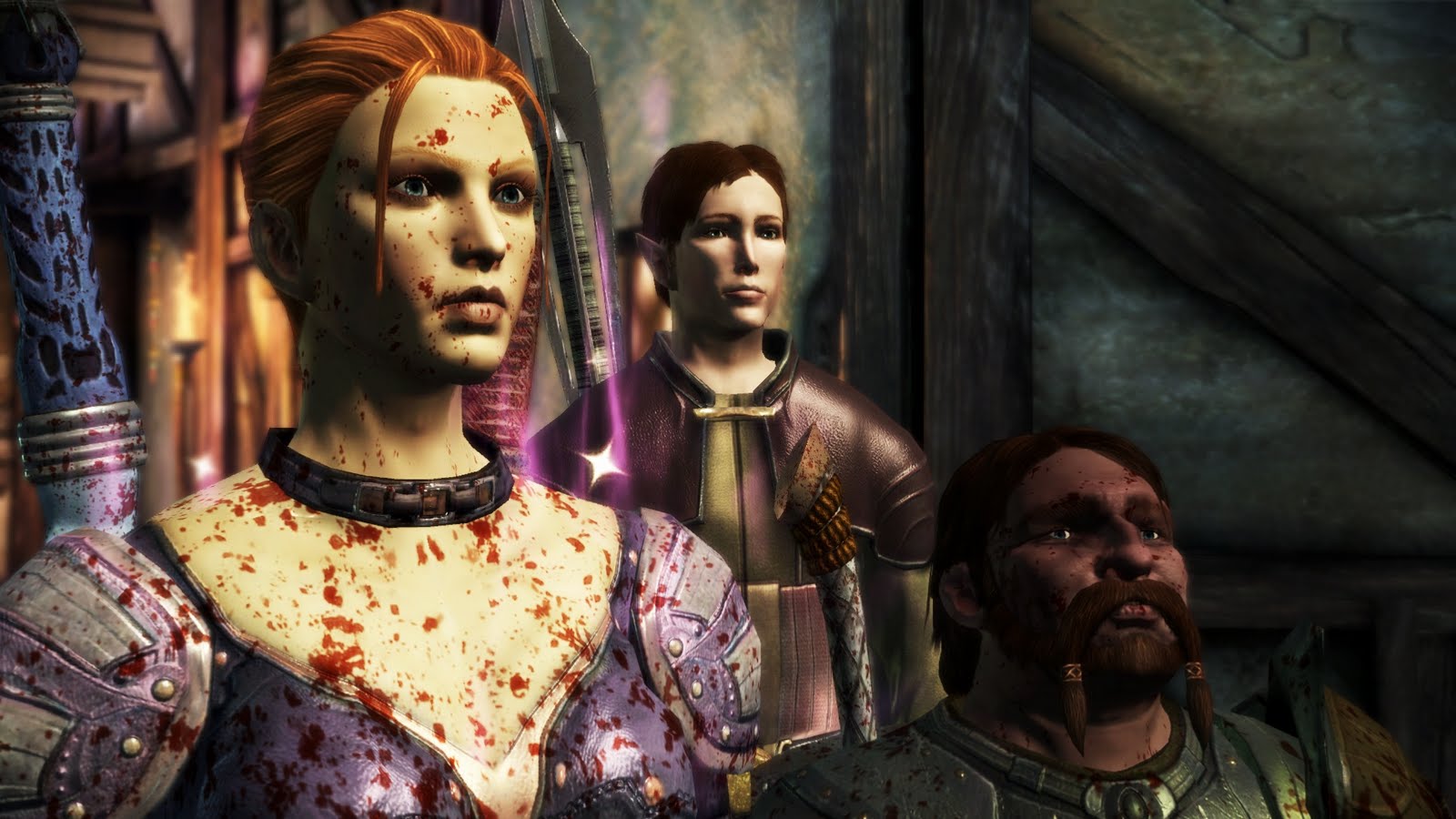 On your adventures, you will be assisted by several party members that make a strong and balanced team. That’s not to say this DLC is a walk in the park, because it’s not. It never feels cheap due to poor party configuration. As for things to do, keep in mind that this is a short DLC, you do have a few side quests you can go on, and have a lot of meaningful interactions.

The story is where this little slice of heaven DLC truly shines. The tale is told almost as a story told around a campfire, with Leliana narrating the bloody and exciting events of her past. It revolves around her checkered past as a bard, which in the world of Dragon Age essentially means a spy/rogue. The story travels through Leliana’s final days in that life; and reveals the details about her ultimate decision to join the Chantry, where you eventually meet her in Origins.

If you’ve listened to Leliana’s stories in Origins you already know the outline of the story, but how it’s told is really quite remarkable, and oddly captivating. The voice acting of Corrine Kempa plays a large role in this as her portrayal of Leliana is always spot on as usual. You get a strong sense of emotion from her performance (her lisp filled accent doesn’t hurt either).

Her companions aren’t as well developed as characters, you can probably guess how most of their stereotypes will end up, but even then you grow pretty attached to them despite the limited interaction.

It would be remiss of me not to mention the villains of our small tale, and let’s just say you will love to hate them.

The environments are mostly reused from the first game but that is to be expected since it’s a legitimate part of the story. The Reuse of scenery isn’t so bad since the stages all look different, and you never feel overwhelmed with samey settings for long durations. 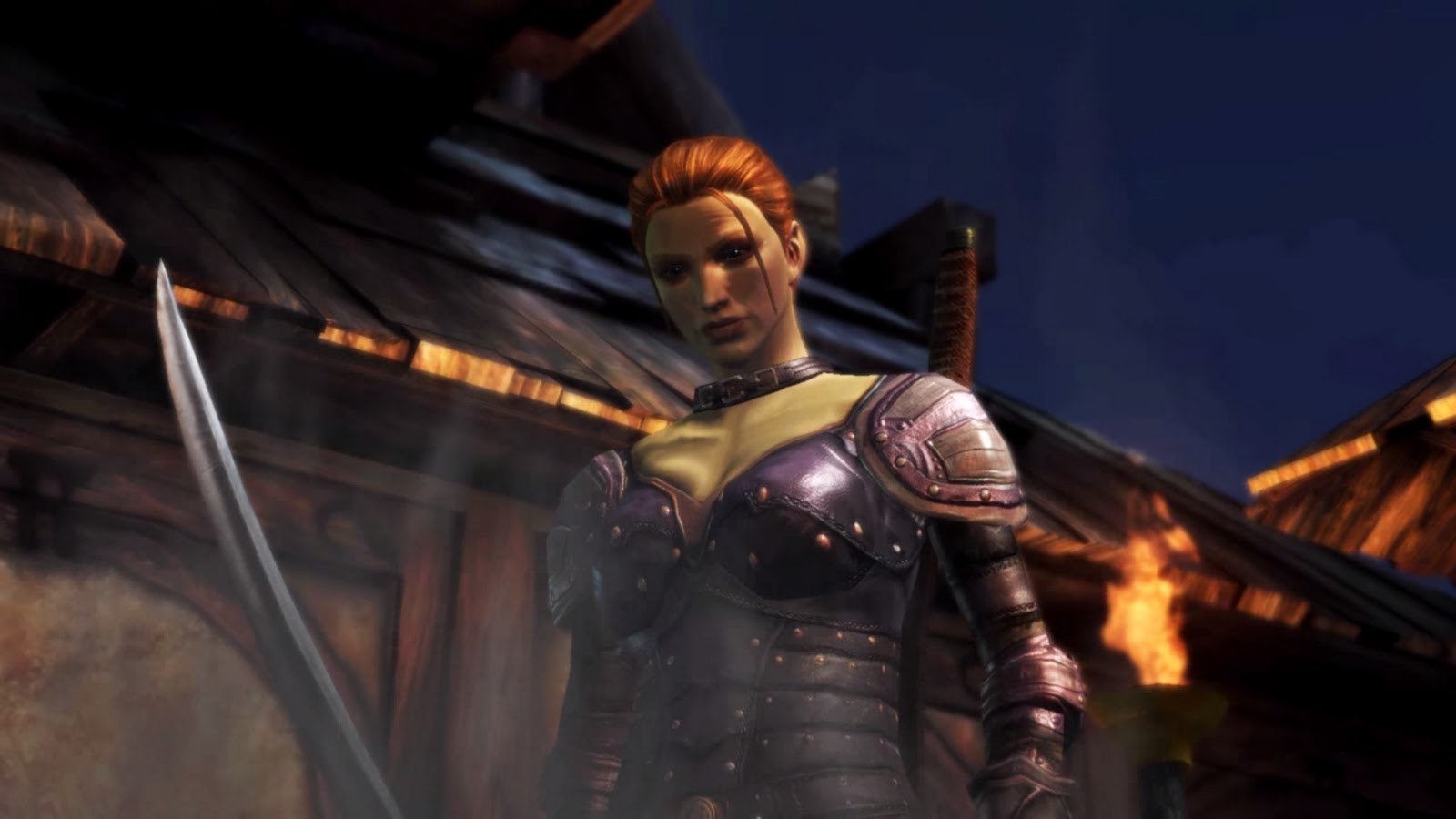 Admittedly This DLC is priced a little high at 7 dollars (560 MSP) for 1-2 hours of content and a unique armor set. I will say that for any Dragon Age lovers, it’s definitely worth the price of admission. For the rest of you, I would say that you should wait for a sale, or for it to be inevitably bundled in the Ultimate Edition coming later this year, although you probably wouldn’t be too disappointed in getting it right now, as it is a great addition to the overall package.

Notes
*Older Dragon Age DLC is actually the Deal of the week on Xbox Live this week. Be sure to grab the Awakening expansion at the steal price of 20 dollars (1600 MSP) while you can!
*Despite this being entitled Leilana’s song she doesn’t sing in the pack, for her actually singing reference the main game.
*Yea, I like Red Heads, sue me…